Full Name
Obi Linton
Job Title
Commissioner
Company
Maryland Public Service Commission
Speaker Bio
Odogwu Obi Linton was appointed to the Maryland Public Service Commission in August 2017. Commissioner Linton began his career in 1991 as a meter reader and engineering intern at Public Service Electric and Gas in New Jersey. He first came to the Commission as a law intern and later clerked for the Honorable Evelyn Omega Cannon in the Circuit Court for Baltimore City. He was a regulatory attorney for Baltimore Gas and Electric Company, where he specialized in consumer disputes and worked on the deregulation of the electric industry. Over five years later, he rejoined the Commission as Deputy Staff Counsel and led the Commission’s Consumer Dispute Resolution Unit. He later started his own law firm representing consumers, small businesses, and deregulated suppliers in litigation and transactional matters. He returned to the Commission to serve as the Director of the Consumer Affairs Office where among several tasks served as the manager of the Commission’s Supplier Diversity Program and led the process to adopt consumer protections for the electric and gas deregulated markets.

Commissioner Linton is currently the Chair for the National Association of Regulatory Utility Commissioners (NARUC) Consumers and the Public Interest Committee, and serves on the NARUC Task Force on Emergency Preparedness, Recovery and Resiliency and the Supplier and Workforce Diversity Committee. Commissioner Linton also served as the founding Chair of the Staff Committee for the NARUC Supplier and Workforce Diversity (formerly the Utility Marketplace Access) Subcommittee for nine years.

Commissioner Linton earned a Juris Doctor from the University of Maryland Francis King Carey School of Law, and earned a Bachelor of Science in Administration of Justice and a Bachelor of Arts in Africana Studies from Rutgers University.
Speaking At
Podcast: Equity in the Grid 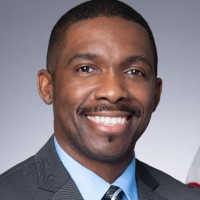