Full Name
Jaclyn Whiteman
Job Title
Director, CD Project Management
Company
Duke Energy
Speaker Bio
Jaclyn (Jackie) Whiteman is the Director of CD Project Management for the Distributed Energy Group (DEG). In this role, Jackie leads the Distributed Energy Deployments team in installing battery, solar and microgrid sites onto the distribution power grid. Her team is responsible for the successful engineering, construction, and testing of battery and solar sites that are distribution-tied and directly supports Duke Energy’s decarbonization goals to reduce CO2 emissions at least 50% by 2030 and achieve net-zero by 2050.

Jaclyn has been with Duke Energy since 2012 and worked on various projects supporting grid improvements. Since 2016, Jackie’s focus has been on energy storage at Duke Energy, and she was the Project Manager for the first regulated battery installation by the company.

Prior to joining Duke, Jackie was a Subcontracts Manager for multiple government programs including the Kennedy Space Center’s Space Shuttle Program. Jaclyn earned a Bachelor of Science in Business Administration from the University of Pittsburgh and a Master of Business Administration from the University of Florida.
Speaking At
402: Duke Energy Distribution Microgrids - Inverter-based Resources 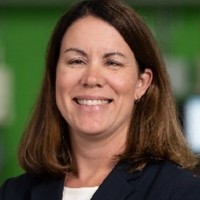